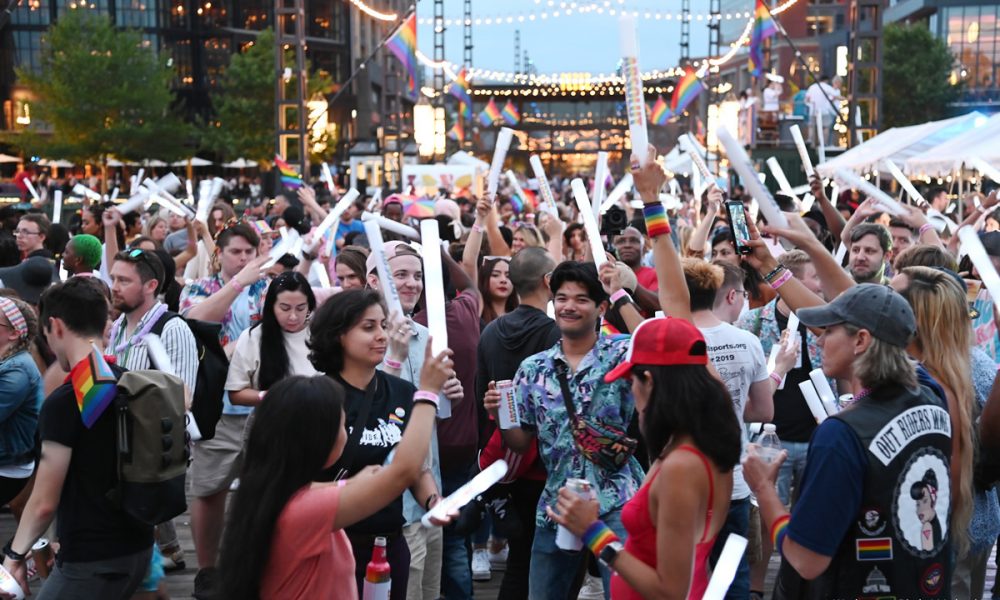 Colorful foliage, colorful openings: As the restaurant industry has struggled under the brunt of the pandemic, staff shortages, supply chain crises, inflation and a series of closures over summer, the spirit of colorful creativity in the district has not slowed down. This fall, we look forward to visiting all-new ideas, creative concept changes, additional locations from beloved chefs, an ever-expanding dock, and more. Note that some of these restaurants have already opened, while others have scheduled opening dates for the rest of the year.

From the owner of the Michelin-starred Georgetown tasting menu, Reverie, comes Bar Spero at the Capitol Crossing complex. Taking inspiration from San Sebastian, Spain, Bar Spero is named after its owner and chef Johnny Spero, with a vibrant energy, modern dishes, raw bar and fiery grill that touches almost any dish. Check out highlights like grilled imported Spanish turbot and lobster shank tossed straight over the coals.

The tiny bakery that could open its second physical store just off 14th Street, NW bakes daily, as well as superfood bowls, toast and tots. On the liquid side, opt for homemade squeezed juices, smoothies and brunch cocktails.

Michelin star and TV crier Gordon Ramsay is twice anchoring the expanding South West Quay with new locations for his Fish & Chips and Hell’s Kitchen chains. Fish & Chips is Ramsay’s take on classic British pub grub, with sprinkled and fried cod under a custard pastry crust. The massive 14,000 square foot Hell’s Kitchen, along with three other locations across the United States, is inspired by Ramsay’s fiery TV show (and personality). The menu will include the British chef’s signatures like Beef Wellington, the ‘HELL’S KITCHEN Burger’ and Sticky Toffee Pudding. Don’t miss cocktails like Notes from Gordon (gin, green tea, peach), accompanied by a message from Chef Ramsay himself.

French disco is back with a vengeance and a Canadian accent in Adams Morgan. With “the idea of ​​a French wine dance party” in mind, the bar will specialize in “juicy” natural wines, producer champagnes and funky cocktails. Look for quirky plates like poutine with additional options like truffle and a foie gras and ice cream stuffed twinkie. The first floor will feature velvet banquettes for seating in the living room; the upstairs will include touches like a pool table, seating for a large group, and plenty of dancing space to enjoy the house collection of soul, funk, and disco vinyl.

14th Street mainstay Tico has closed after eight years, making way for a new concept from the same owner, Michael Schlow. Schlow also operates the Nama Sushi Restaurant and the Alta Strada Italian Restaurant. Nama Ko opened this week and features a large cellar of Japanese whiskeys and sake, as well as a raw bar, full entrees and its spectacular sushi selection with items like foie gras and golden snapper.

Nick Stefanelli the next day

NoMa’s sleek new hotel, The Morrow, will house three dining options under the helm of Michelin-starred chef Nicholas Stefanelli, who runs the Masseria tasting menu in the nearby Union Market. The ground-floor, French-inspired Le Clou is a chic brasserie-style restaurant (with a cocktail bar in the adjoining lobby), while the energetic rooftop bar, Upstairs at The Morrow, serves cocktails elegant and offers a breathtaking view of the city. The sophisticated Vesper Lounge, with craft cocktails and live music, will open in the winter.

Celebrity favorite Philippe Chow descends I-95 from Manhattan to another new location on the pier for Chef Chow’s spin on Chinese fine dining. Known for his modern, theatrical style, Chef Chow’s offers a menu of sumptuous Beijing-style dishes, like glazed ribs and table-carved Peking duck. The restaurant offers stunning views of the Potomac waterfront.

Tigerella at the Western Market

The creators of the famous Mt. Pleasant Morning Mecca Elle opened Tigerella at the Foggy Bottom Western Market. This all-day spot starts with café-style coffee, toast, and sandwiches, but the dining room adds snacks to share, meats and cheeses, and Italian fare. A happy hour will start soon. Western Market will also soon welcome a handful of new openings in the coming months, from Alitiko, a Greek-Middle Eastern concept, to ExPat, a sports betting bar, to Hippo Taco, an Asian fusion concept.

Patriots must bring back full-time jerseys

Looking for the perfect cocktails? Try the new special offers from the municipality…

Top 10 Places to Listen to Live Music in Hyderabad