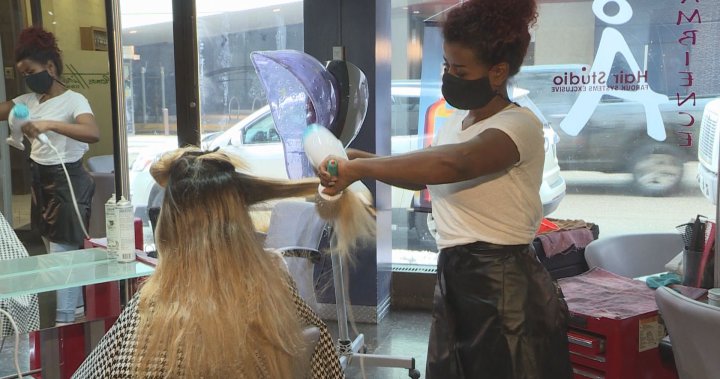 Jamaal Gittens managed to open a restaurant almost a year ago in the midst of a pandemic.

“It’s a resto-bar type concept, then downstairs it’s more like a speakeasy.” he explained

Gittens and his two other co-owners are expanding the Tropicàl Restobar on Notre-Dame Street near Atwater, thanks in part to the Fédération de l’économie afro-canadienne (FACE), formed to help black entrepreneurs across Canada.

The initiative is primarily the brainchild of Tiffany Callender, a longtime community worker who has seen gaps in support for black-owned businesses.

“Exclusion and systemic bias and the inability to be funded by financial institutions,” Callender pointed out.

The story continues under the ad

She feared the pandemic would make it worse and that many such businesses would not be eligible for federal loans, put in place to support those affected by the shutdowns.

Discussions with other Black community workers and the government led to the creation of the Federal Black Entrepreneurship Program in fall 2020.

Callender noted that “this is the first time the federal government has funded the black community to help.”

She partnered with others to create FACE. Callender is the CEO.

“It was five organizations and their leaders saying we needed a vehicle to manage the loan fund that was coming out of the black entrepreneurship program,” she told Global News.

$160 million in loans are available. According to the CEO, so far they have distributed over $12 million.

Callender is proud but admitted that launching something historic like this comes with great responsibility.

“Somebody in 10 years 20 years is going to hear about what we did and the choices we made and where we should have pivoted,” she laughed, “and that’s an interesting space in which be located.”

Callender is the former leader of the Black Community Association of Côte-des-Neiges and said she has been doing community work for 18 years.

The story continues under the ad

Her daughter Falisha Duval wants to follow in her mother’s footsteps, even if it’s hard work.

“It is,” she smiles, “but it’s all hard work. So no matter what you choose, it’s going to take hard work to get where you want to be.