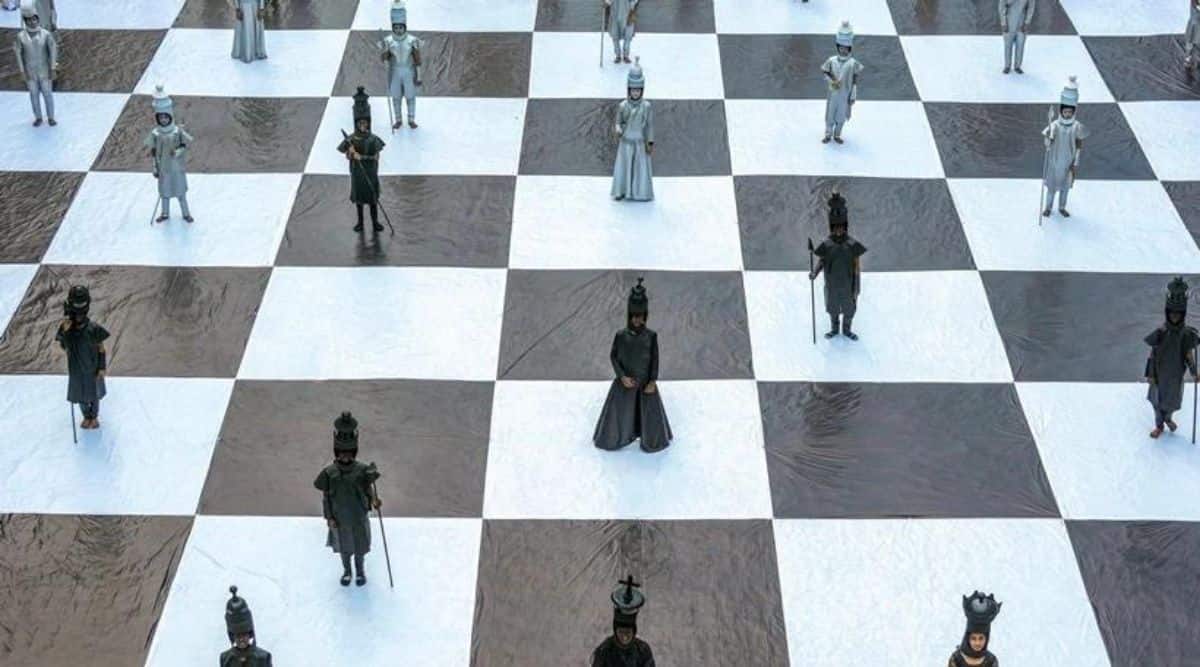 Chess, an escape from war for players in South Sudan

Deng Cypriano, South Sudan’s highest rated chess player, hates talking about war. The 40-year-old says his world goes numb when he thinks about war. The sound of bullets pierces his ears. Rumbling Kalashnikov-nosed military jeeps leap before his eyes. “A daily reality for us, not news,” he says.

He and his team are a world away from reality. Almost an alternate reality. “And I see this beautiful world of failures, sunshine, people around the world and I feel positive and hopeful for humanity and peace. I hear the voices of the friends I have made and I feel it’s a beautiful world,” he says.

Almost everyone on the team has a story of survival to tell, but they don’t want to relive their stories of war and famine, death and despair. “These few days should be celebrated, because they are some of the best days of our lives, and we don’t know if we would see days like these,” he says.

The match South Sudan against Andorra (Europe) during the Chess Olympiad.

Eleven years after South Sudan separated from Sudan after a long and bloody civil war, the world’s newest country continues to experience repeated conflicts between government and rebel groups, as well as climatic shocks such as severe floods and droughts. According to the UN, approximately 8.3 million people are currently in need of humanitarian assistance (about two-thirds of the total population), while 1.4 million children under the age of five suffer from acute malnutrition. The country also has the highest maternal mortality rate in the world.

A game of chess seems innocuous when people fight each day for food and life. But the game, for Cypriano and his team, is an escape from the unimaginable realities of life. “The game we are playing, again, is war, but a peaceful war. It has indeed made a difference in our lives. We could see the world, represent our country, make friends and maybe- to show those who are fighting that there is a better world out there,” he says.

Chess players from South Sudan during the Chess Olympiad in Chennai. (PhotoExpress)

Several indigenous versions of the sport have been popular for centuries in South Sudan as well as other Central African countries. Cypriano and his friends picked it up as a child and played it wherever they could fit in their tattered chessboard, in the corner of the house or in the shade of a tree in the park.

“When we couldn’t buy chess boards, we made them out of wood. The rules were somewhat different, but the basics were the same,” he says.

Serious chess often began at the Munuki Chess Club in Juba, the capital. The country’s chess fraternity flocks to the club, which also organizes tournaments to forge brotherhood among the country’s various often-conflicting ethnicities. “It helps to bring people together and South Sudan really needs people to know each other, not through tribal or ethnic prism, but through mutual abilities, abilities, hobbies and interests,” said club president Jada Albert Modi to the Juba Post. .

There is no formal mentorship, as players select and refine the game on the go. They barely polish their online games, an integral part of modern chess development, as internet access is difficult and the connection is often weak. They therefore often meet in bars that have free internet access, although they cannot stay in the bar indefinitely. Moreover, it is also a difficult place for women. “But the data, the online membership, it’s all very expensive for us. We could handle it for a day or two, or maybe a week. But not for a month,” says Supriano.

Most of them don’t have laptops or PCs either. When FIDE trained and appointed Vedant Goswami met them online for the first lesson, he was shocked. “They only had one laptop. During the zoom meeting, everyone, around 10-15 people, including players and officials, used to squeeze into a single screen in a small room. It was difficult because we don’t know who is who. It was difficult to give personalized coaching like that. We then finally arranged other laptops for them. The internet connection would also cut out,” he says.

Their game, he said, was raw. “They were better than I expected. There’s obviously Deng who has a rating above 2000 (2105), but most were raw. Every move they were looking to attack and their defense was weak. So I had to prepare them defensively and positionally. The women’s team was quite weak, then I learned that it was difficult for them to go out and play in bars or clubs because it’s not safe,” he explains.

Tournaments are rare but this has deterred them from constantly working on their game. “We don’t have the resources, but we see people in our country and ourselves struggling for food. So we’re not complaining about resources. We just find our ways to survive and improve, to be famous and to show the country and the world that a sport can change lives. Chess can bring people together, it can create relationships between us, it can also bring peace to South Sudanese,” says Cypriano.

His eyes are bright and fresh now. They don’t show the scars of war. Failures have cured some.